At three, a child has around 1000 trillion brain connections or synapses, which in later development are selectively pruned.

These connections become increasingly more complex over time but are built upon those simple early circuits. It’s a lot easier to influence the developing brain than to rewrite it later.

This WebGL campaign site with McCann Sydney and is helping parents to understand the need of early child education within the NSW region of Australia. 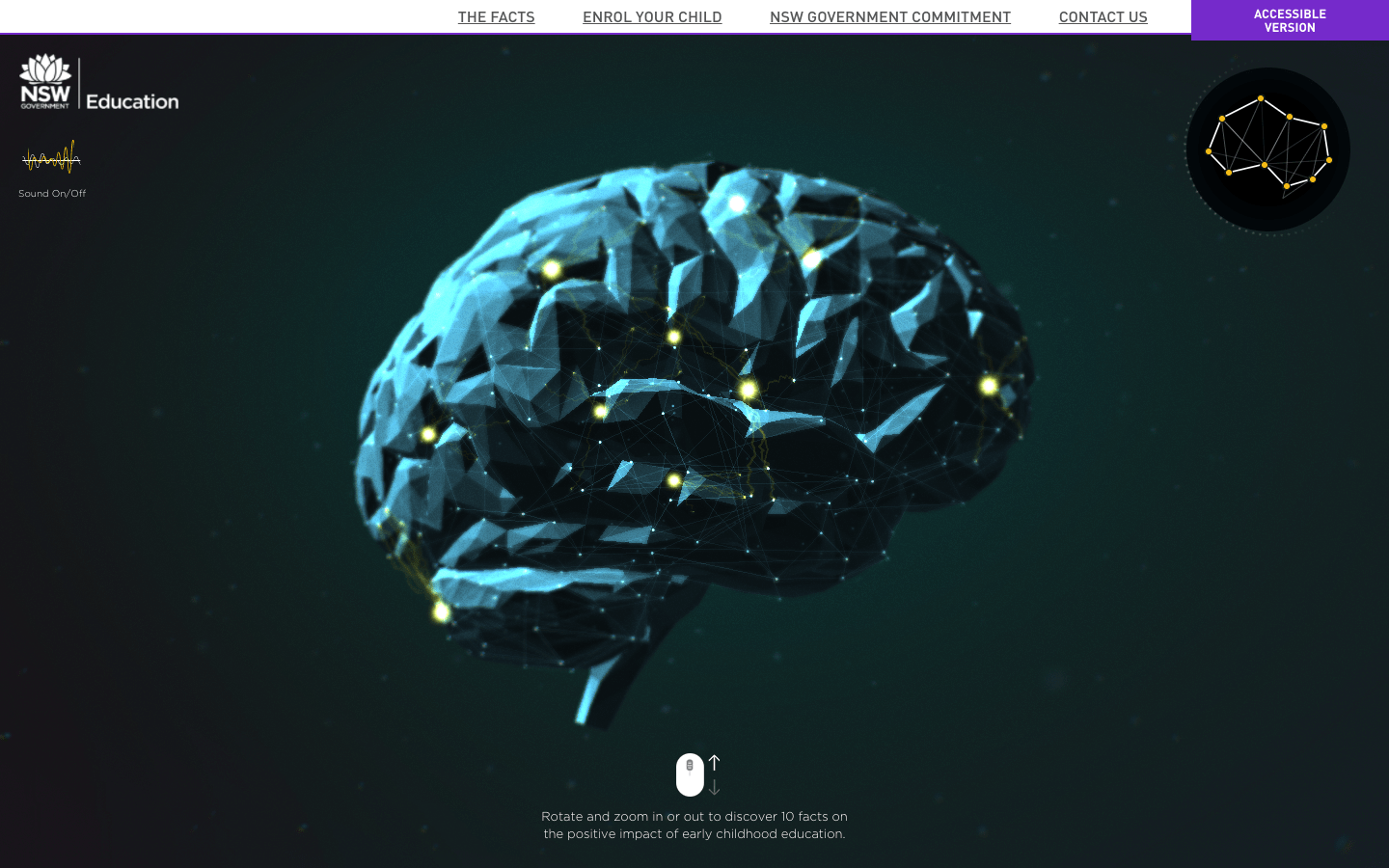 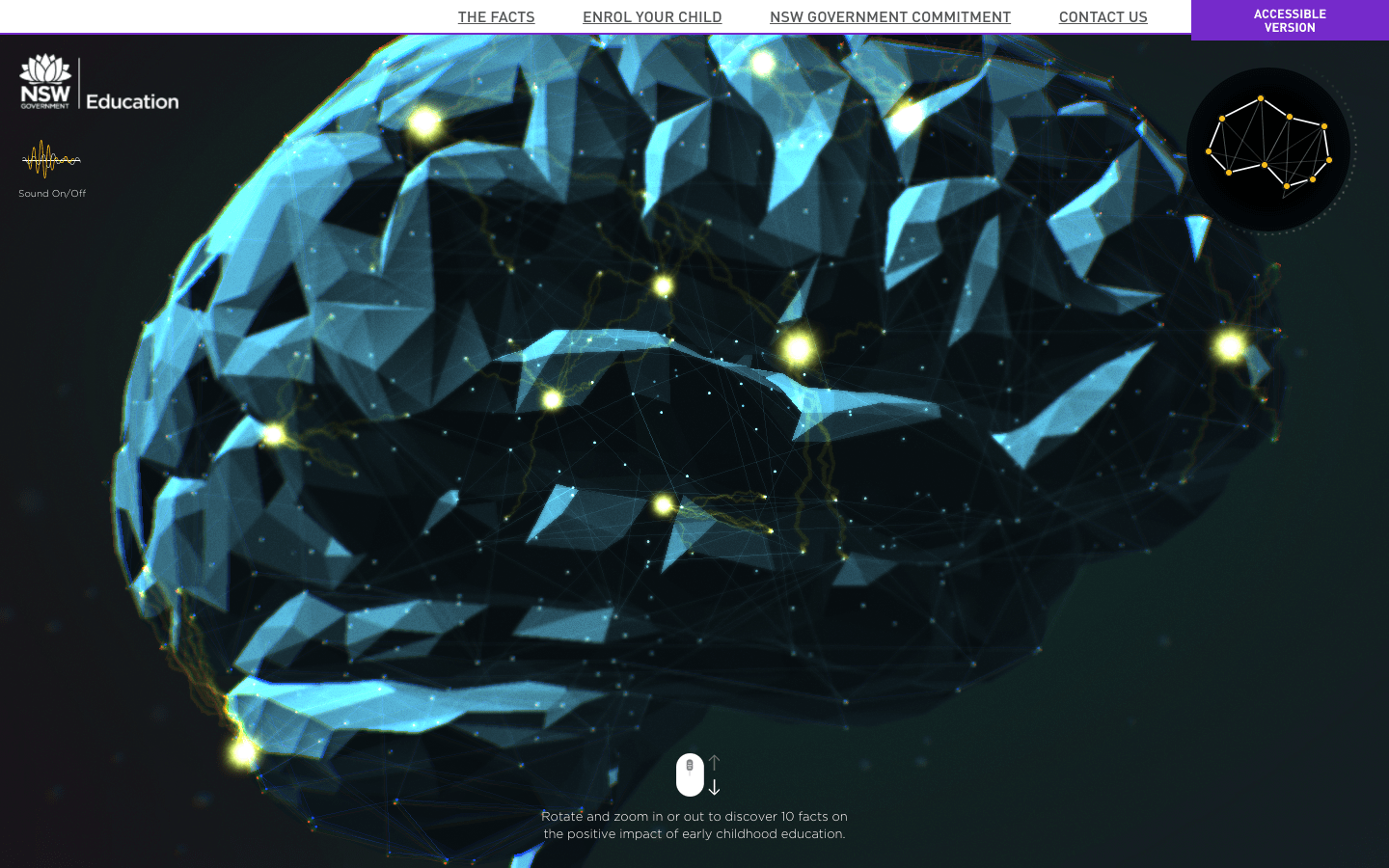 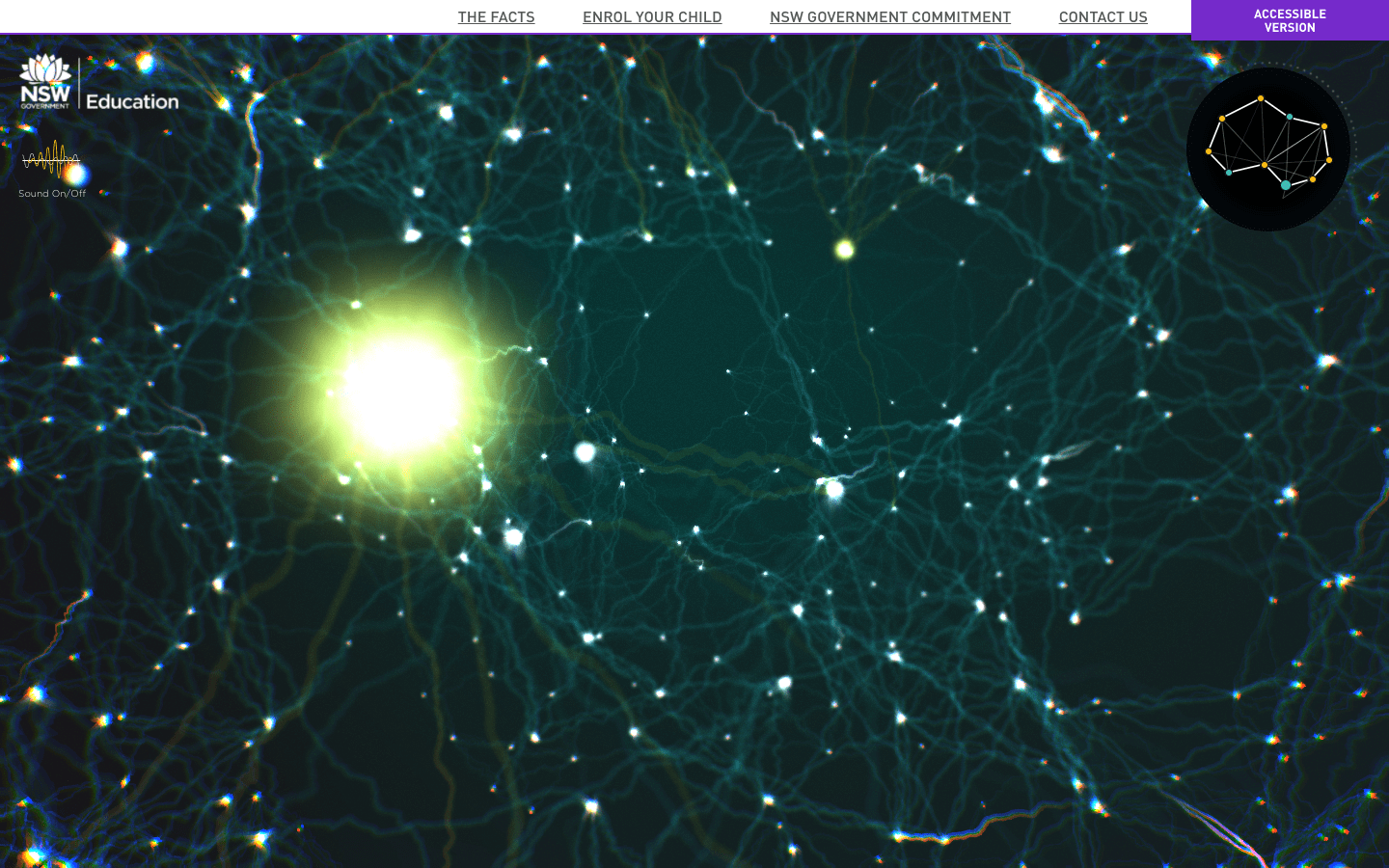 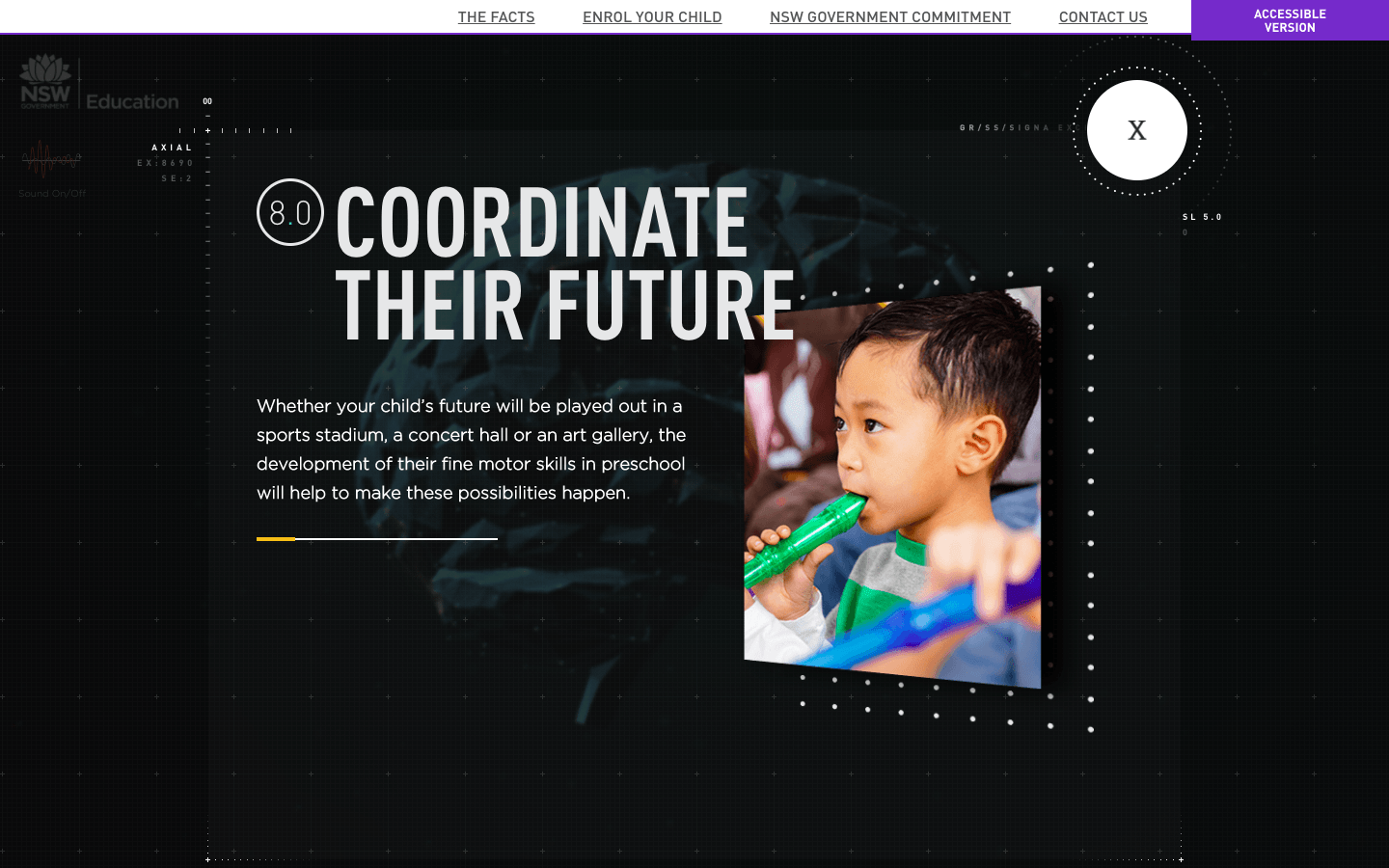 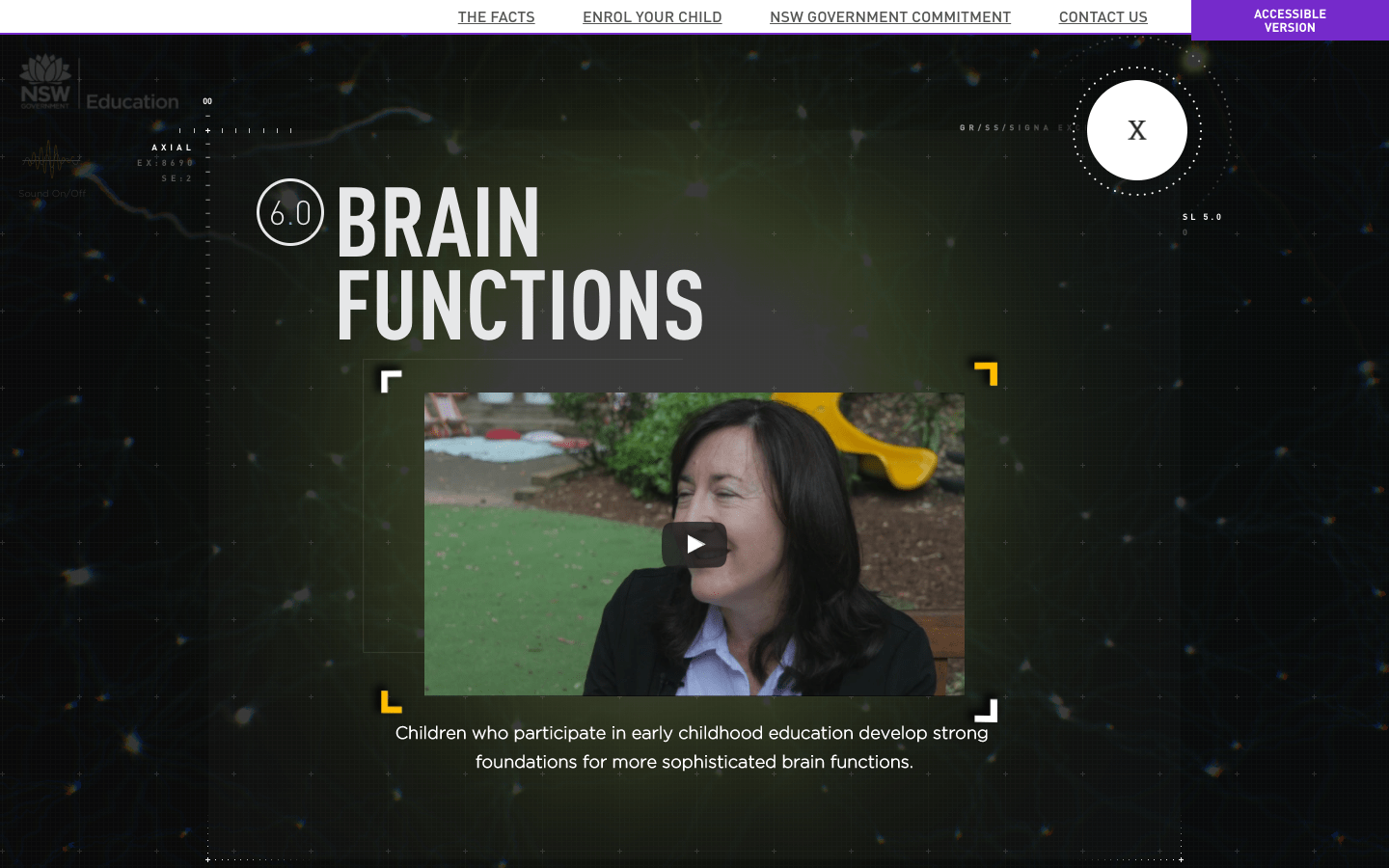